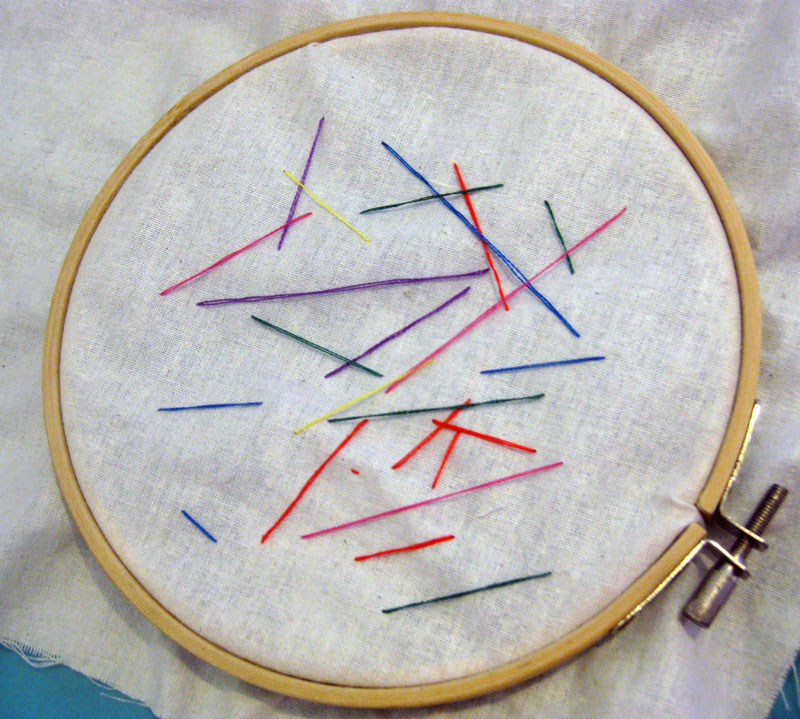 My kids continuously amaze me 😉 Max noticed that I was doing some needlework recently and asked to try it out.

So I set him up with needle and thread, and showed him how to poke the needle through the material, draw the thread all the way though and then come back up. He took to it really well and seemed to enjoy the process of it, and seeing his colours strike out across the muslin.

Initially I was a little concerned about the needle (I had given him the same one I use) but I explained that he needed to be careful or he may prick himself with it. He was fine though*smile*

He did loop the thread around the side a couple of times, but I helped undo it and showed him that he had to poke the needle back through the same side the thread was loose on. 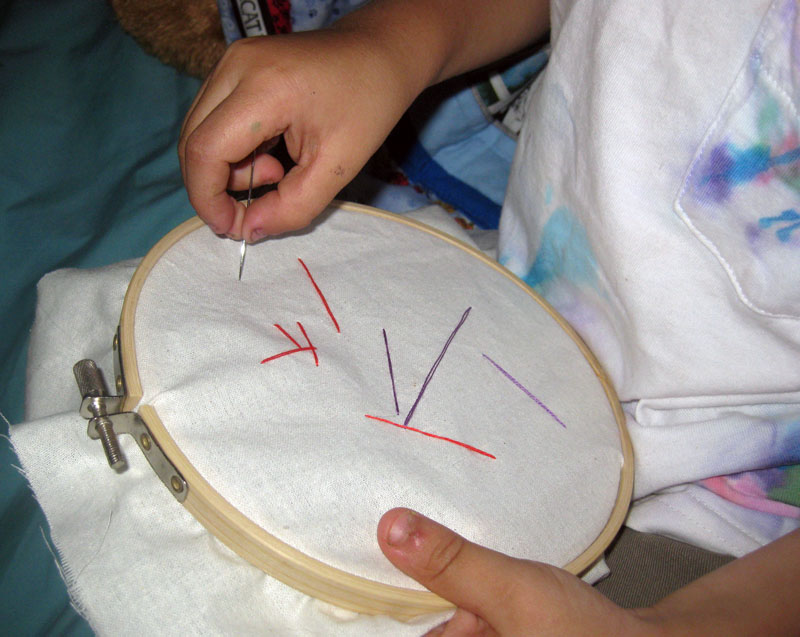 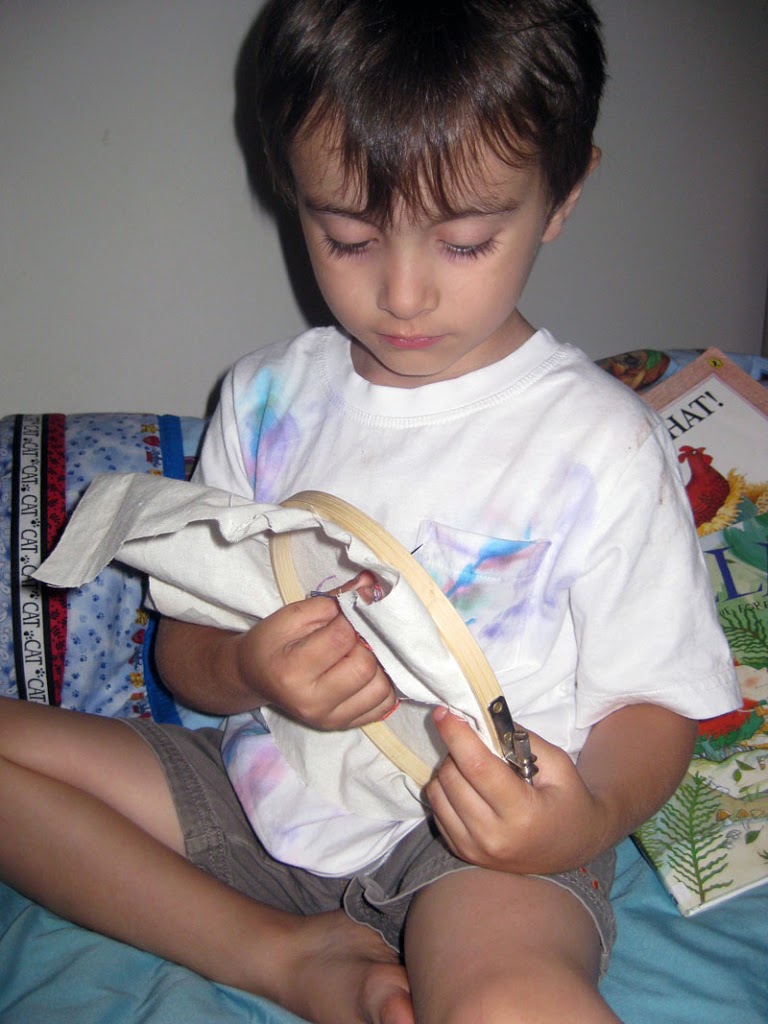 Crafting like this seemed to really captivate him. He was so quiet and intent on his work. It was incredibly calming ~ even with Ruby trying to get his attention (she even tried sucking on his foot at one point – eww). 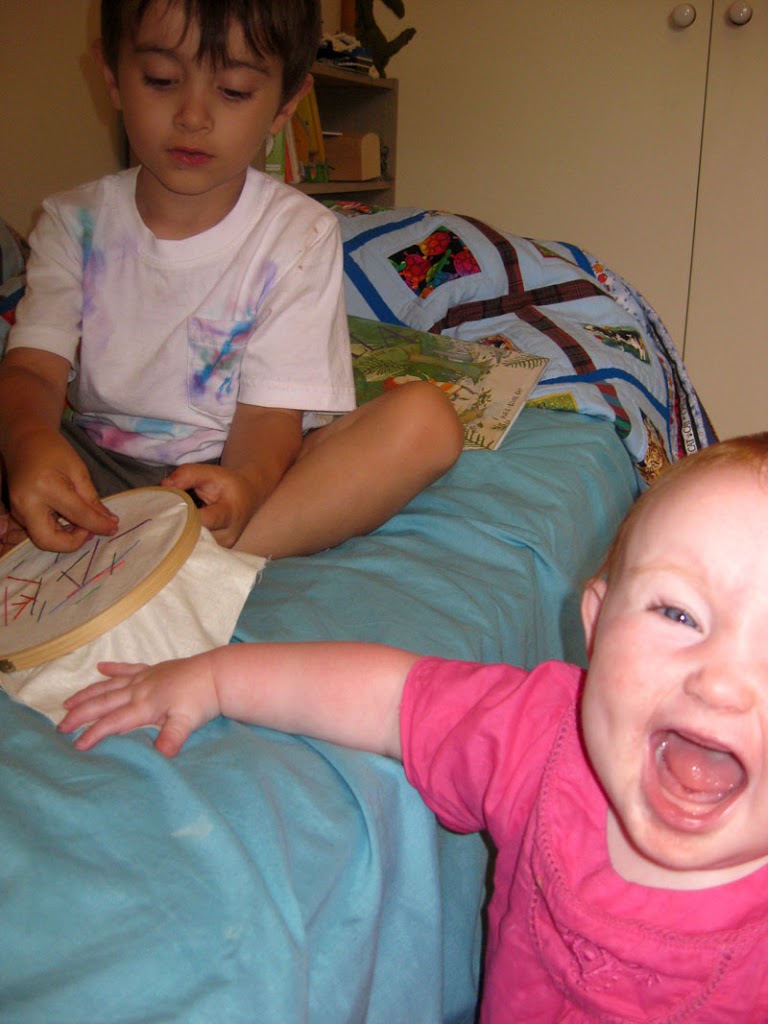 We’ll be doing this craft again, that’s for sure! 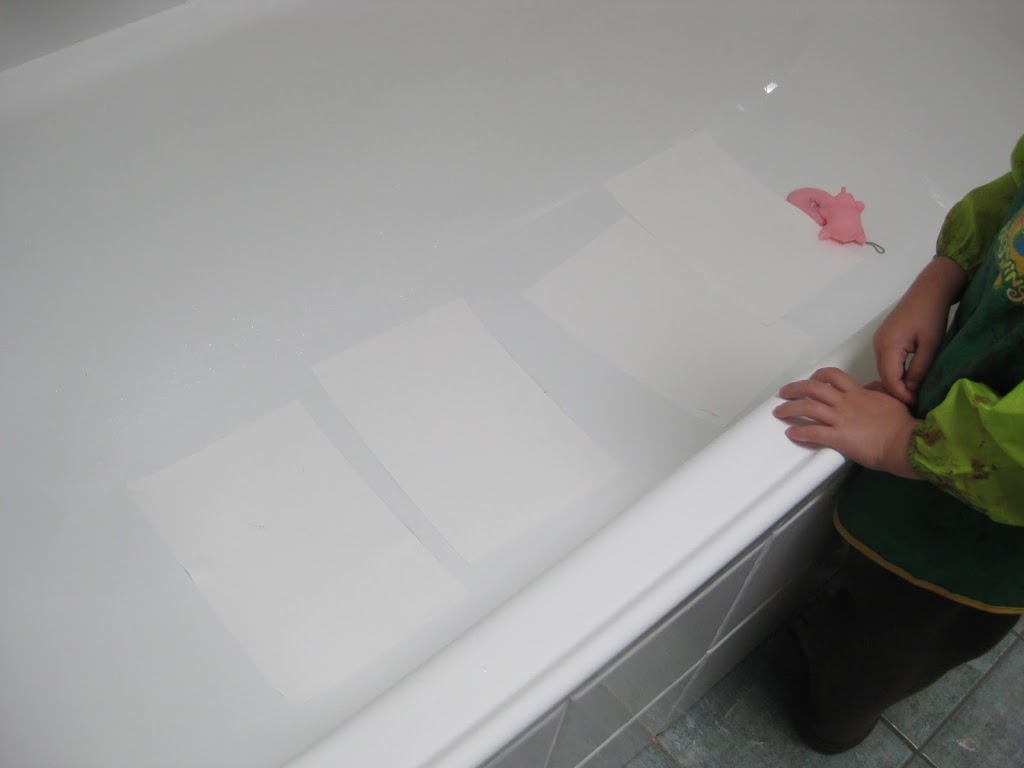 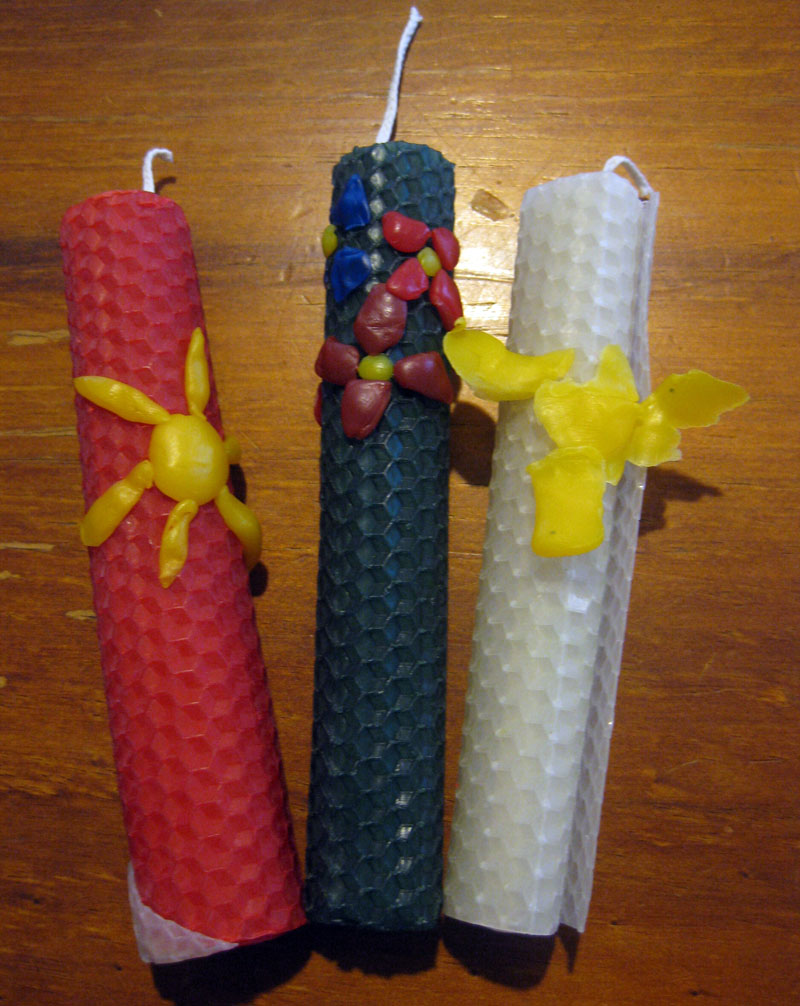 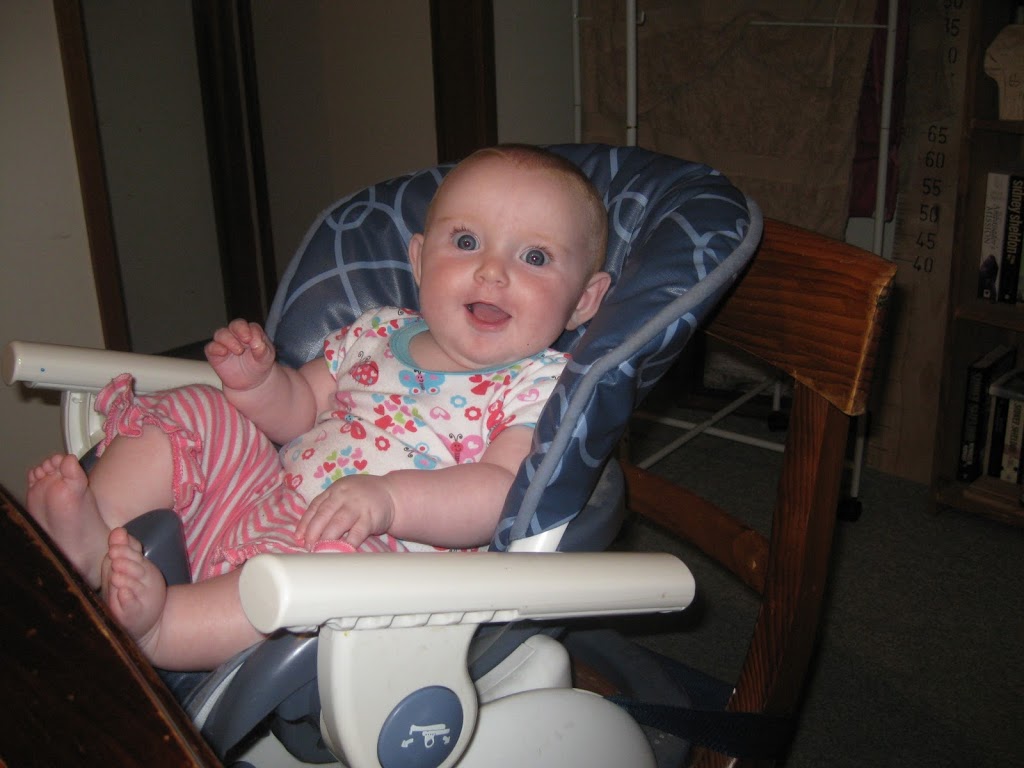