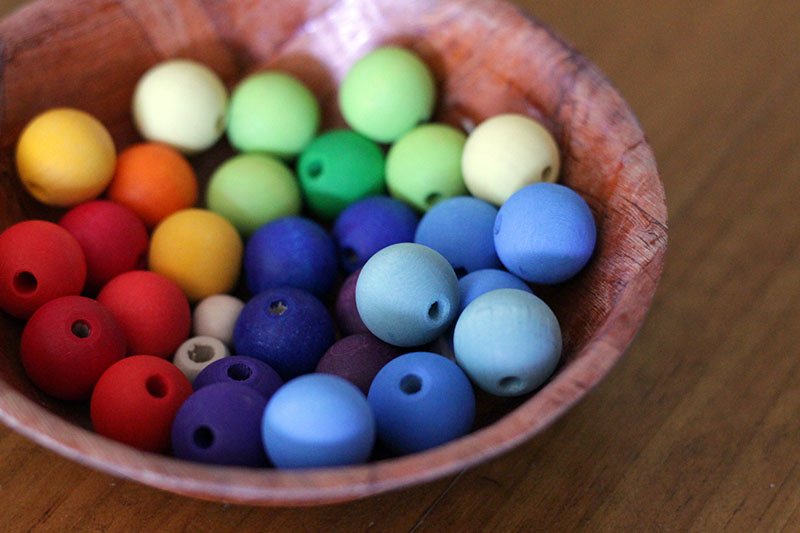 We like to keep our birthday parties fairly simple, with a couple of games, some mostly healthy food and time to simply play. 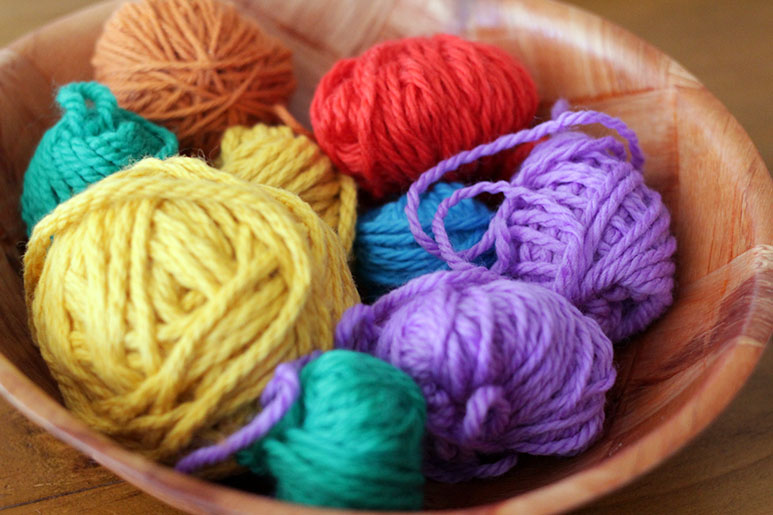 For our rainbow treasure hunt we used: 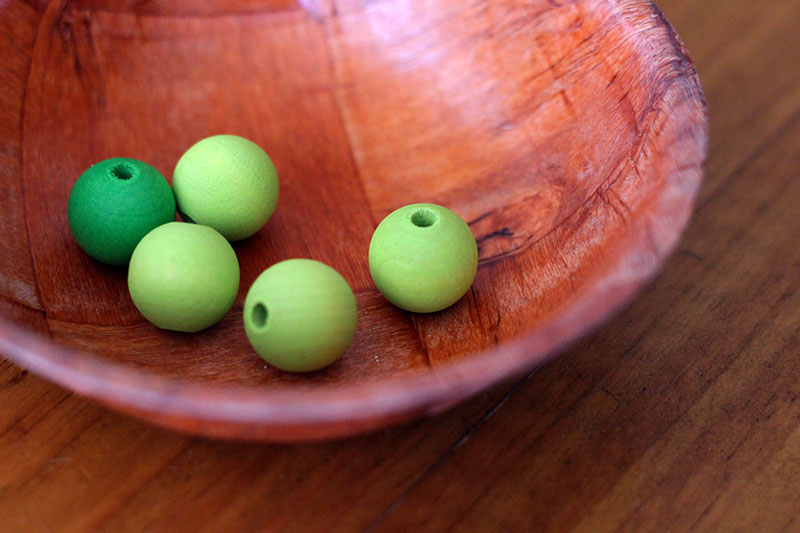 We placed the wooden tree stump to the side of the lawn. Then we tied a ball of yarn to each nail and ran it out into the garden.

One went up the cubby house slide, one went into the sandpit, one went to the mud kitchen and so on until they were all used up. 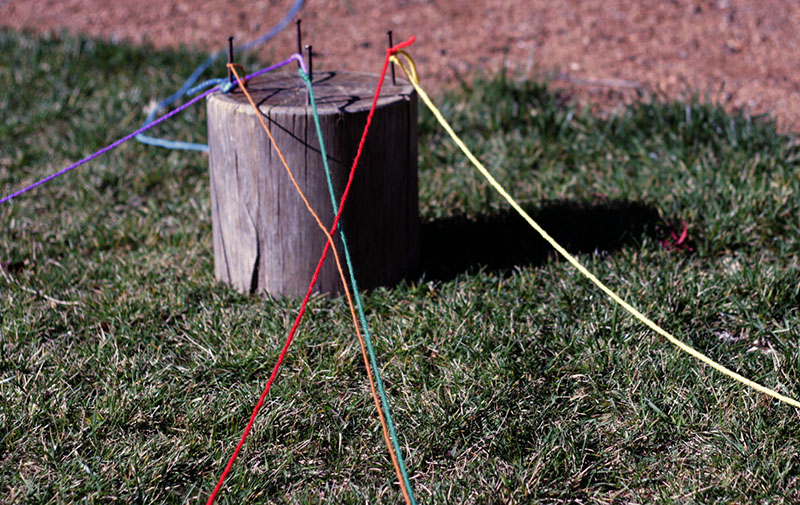 At the end of each ball of yarn was a bowl of beads, the same colour as the yarn. The yellow yarn leading to the yellow beads and so on. 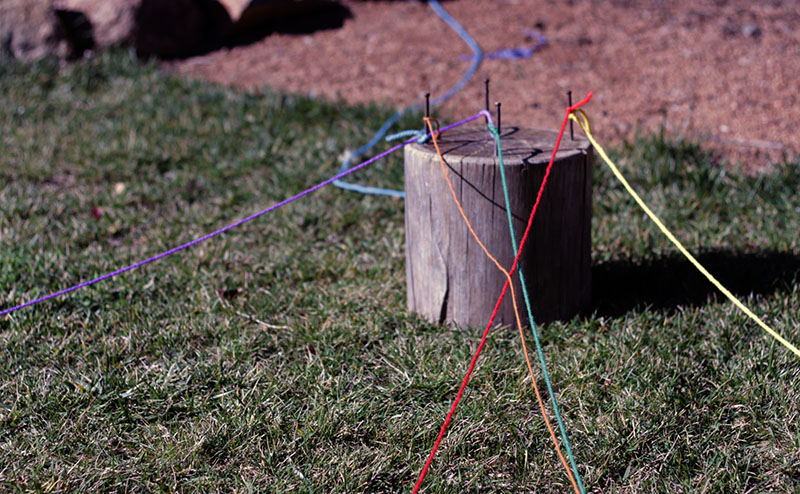 The rainbow treasure hunt was a nice way to ‘break the ice’ at the party since some of the children didn’t know each other.

It was lovely to watch them happily ran along the yarn lengths to find the treasure at the end! 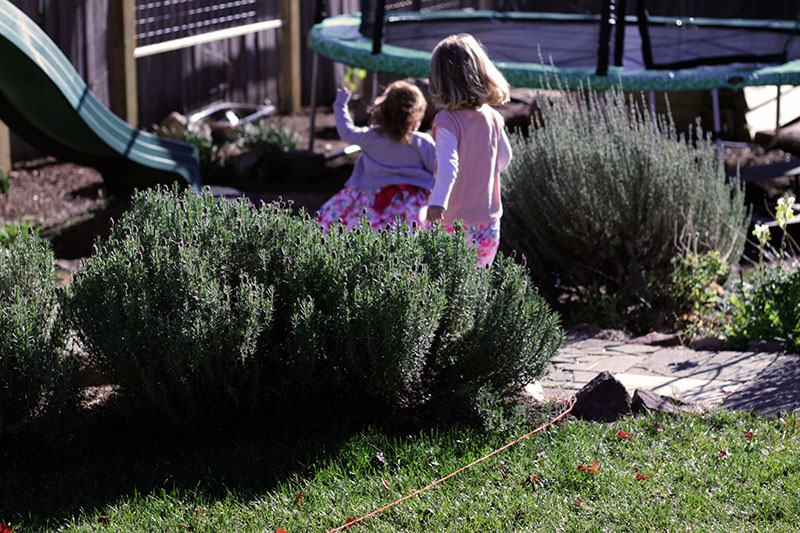 Once they had found all the treasure I gave them string to make a rainbow necklace. 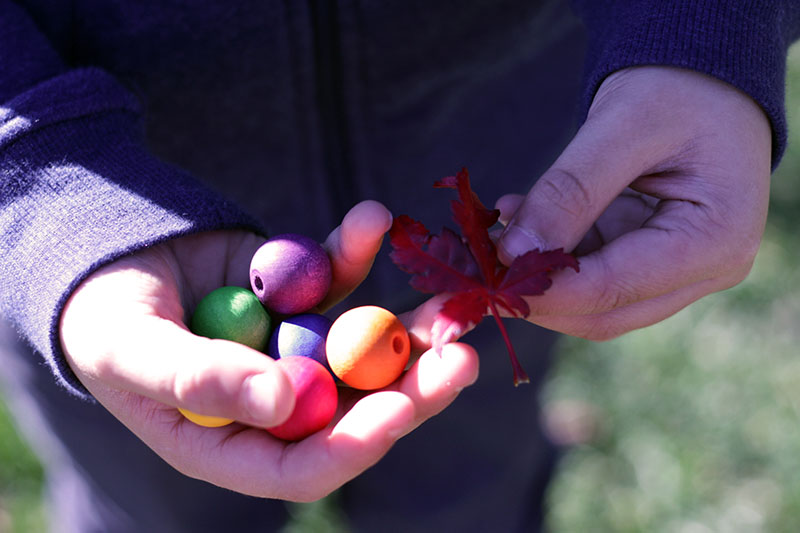 The string was a little tricky to thread, so the parents mostly ended up making the necklaces.

If I was to do it again, I would sticky tape an end so the children could more easily thread the beads on. 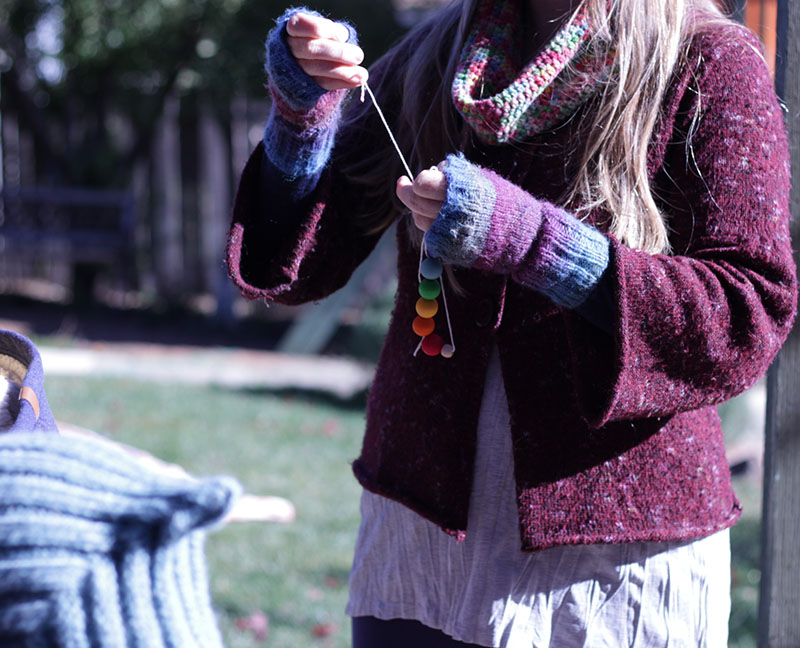 The other game we played at Ruby’s party was pass the parcel, with pretty gems inside. And otherwise the children played. 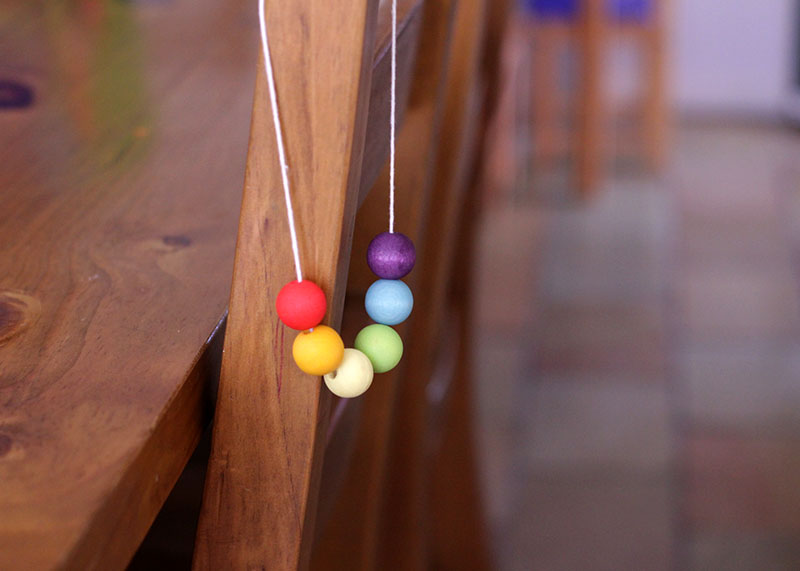 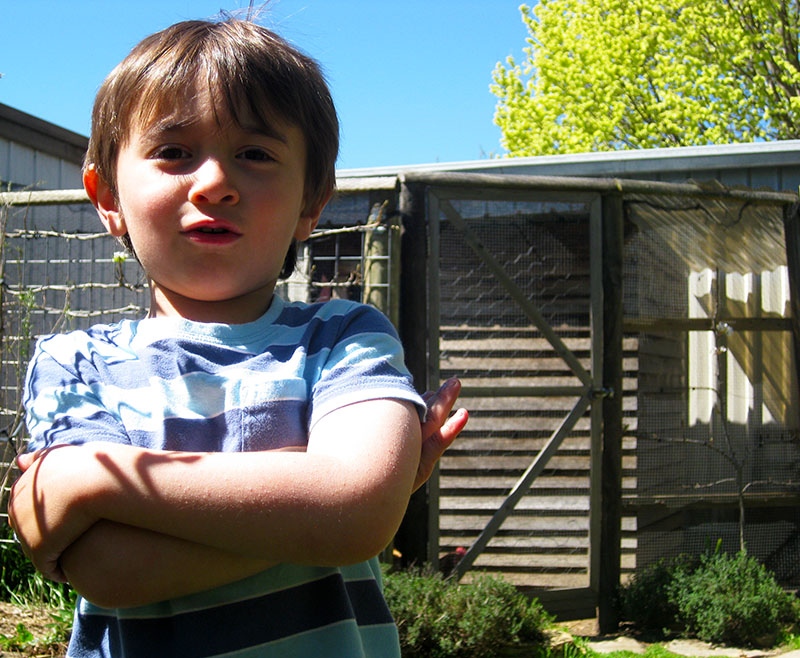 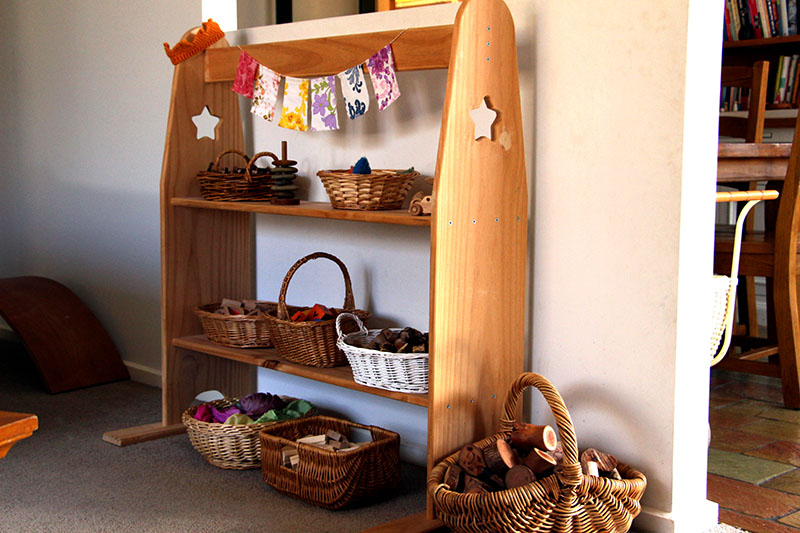